For the fifth January in a row, we’re very pleased to be involved in the First Fortnight mental health arts festival. It’s a fantastic initiative as it puts the focus firmly on challenging mental health prejudice through arts and cultural action at the very start of the year.

This year, we’re joined by Barry Hyde, a musician and performer who first found success as the frontman with The Futureheads when he was 19 years old. That was was also the year he had his first manic episode. For Banter at First Fortnight, Hyde will join us to talk about his life, music and how solo album “Maldoy” played a big part in his recovery. He will also perform songs from the album.

The details: an evening with Barry Hyde will take place at The Workman’s Club, Dublin on Tuesday January 9 at 6.45pm and tickets are available here.

We’ve done a few of these themed Banters this year – see Culture & Me and Nature & Me – so it was kind of fitting to do Christmas & Me as part of the Young Hearts Run Free Present Yule! extravaganza.

On the night, we will be joined by Brian Deady and Sonya Kelly to talk about what Christmas means to them. What are the Christmas traditions, rituals, songs, notions, records, TV shows, food and what-have-you which means Christmas to them?

Aside from Christmas & Me, there’s a huge bill of fare on the night (see poster below). It all happens at the Gloucester Street Sports Hall (21 Gloucester Street South, Dublin 2 – off Townsend Street) on Saturday next, December 9. Doors open at 7pm and admission is €15 in advance or €22 on the door. All proceeds, as always, will support work of the Simon Community. 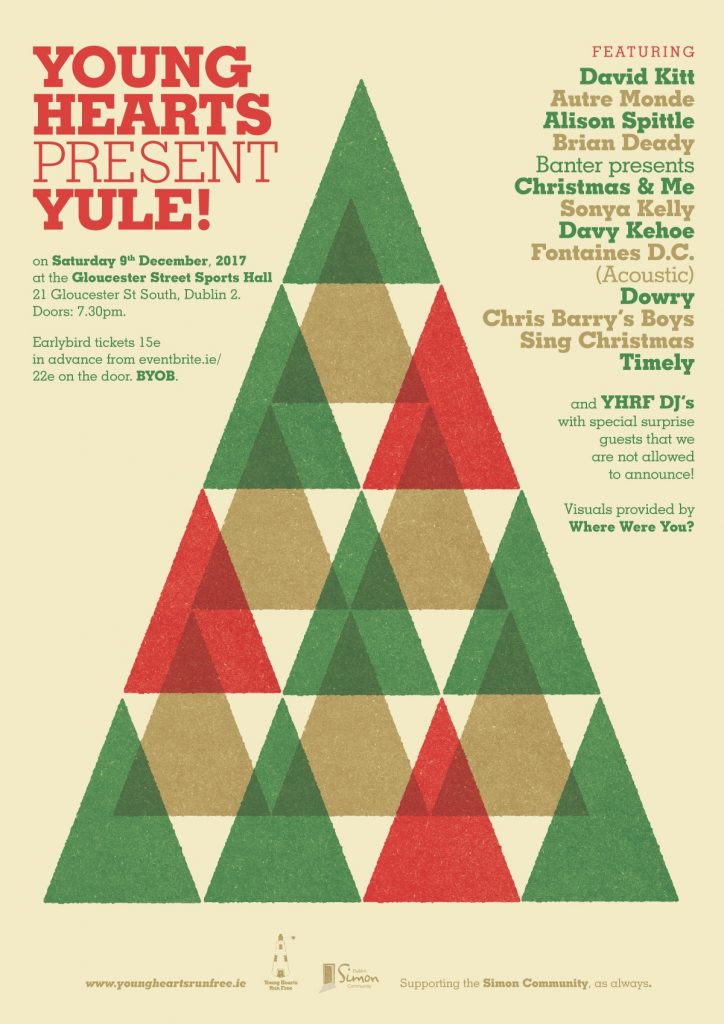