We’d another full house at Banter last night as we welcomed Peter McVerry for a conversation about his life and work. It was an engrossing evening, helped hugely by the righteous conviction and fortrightness of the man answering the questions. Many thanks to Peter for his time – and to the audience for their attention and great questions.

That conversation was part of our ongoing Living for the City series which really seems to have struck a chord. To date, we’ve also talked about bikes, gaffs and the new Dubliners.

Our fifth outing will be about alternative spaces around the city. In recent times, we’ve seen a huge growth in new venues and creative spaces in and around the city which have provided audiences with something other than the norm when it came to entertainment.

We’ve gathered together a number of people who are involved in these new initiatives to talk about how these spaces have come about, what they offer to creative projects, what’s the long-run prognosis for these venues, the role of NAMA and Dublin City Council and what advice they’d offer to those seeking to do their own alternatives.

The Crypt at Christ Church Cathedral 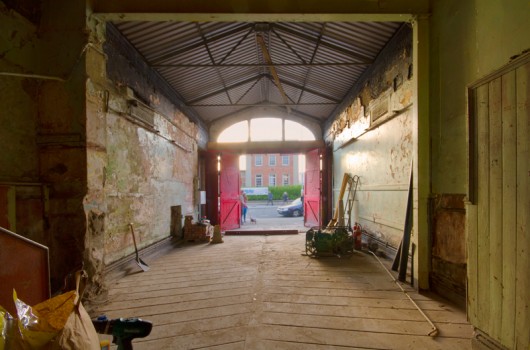 The details: Twisted Pepper, Middle Abbey St., Dublin 1; Wednesday February 26; doors open 6pm and the talking starts at 6.30pm; discussion followed by audience Q&A; admission is free but you need to sign up to the invite list here.

Bantercasts: we’re now in the podcasting business with new episodes from our previous adventures in talking every week. You can catch up on the broadcasts to datehere or subscribe via the iTunes store or, for Android users, this link. Big thanks to Bantercast producer Tanya White for Old Hat for all her work on this and to Garret Hynes, Kiwi Horgan and Ken McGuire for their recording aid and assistance.