We’ve already had two quite exceptional and well-attended outings in Banter’s autumn/winter series about life in Dublin in the 21st century. After our looks at bikes and gaffs, it’s time to turn the focus on the new Dubliners who’ve moved to Ireland to make a home and a life for themselves. 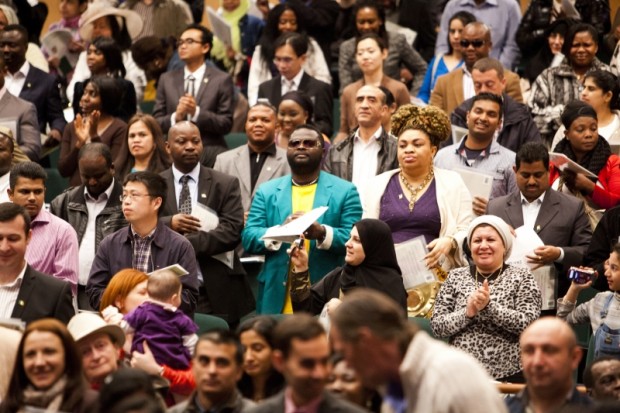 It’s a discussion which has been prompted by many chats and observations over the last 12 months. The Irish migration narrative is usually all about people leaving Ireland and the whole generation emigration discussion, but this ignores the fact that many thousands of people are also moving in the other direction. Between the ongoing citizenship ceremonies, the many new businesses helmed by new arrivals and the fresh energy and enthusiasm provided by the newcomers, Ireland’s migrants are making a valuable, if unheralded, contribution to this country.

The New Dubliners will look at the city through the eyes of those who’ve moved here to make the city their home by talking a group of new Dubliners about their experience of living in the city: the good and the bad, the stuff that keeps them here and the things which make them pine for home, the ins and outs of making a home here.

The details: The New Dubliners will take on Wednesday November 27 at the Twisted Pepper (Middle Abbey St., Dublin 1) from 8pm. Admission is free and you just need to sign in advance to the invite list here.