Tim Moore is a writer who is partial to the odd adventure or two. Over the course of his book career to date, he’s gone in search of those Eurovision contestants who’ve came bottom of the class (as detailed in his book Nul Points), journeyed across Spain with a donkey for company (Spanish Steps), cycled the route of the Tour de France on a diet of ProPlus and rose wine (French Revolutions) and got back on a bike for the 3,200km route of the notorious 1914 Giro d’Italia, this time on a century old wooden-wheeled bike (Gironimo!)

The reason for his visit to Banter next month is that he’s got a bike out of the shed again and he’s written another book about it. The bike this time was the MIFA 900, a tiny-wheeled, two-geared East German shopping bike – and Tim’s spin took him along the 9,000km route of the old Iron Curtain. 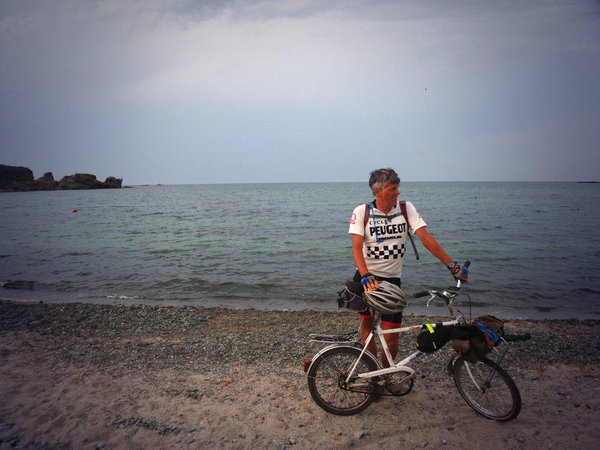 The Cyclist Who Went Out In the Cold is an adventure yarn about battling Russian hostility, Romanian landslides and a diet of dumplings; sleeping in bank vaults, imperial palaces and unreconstructed Soviet youth hostels and the kindness of reindeer farmers and Serbian rock gods.

Tim will join us at Banter to talk about the book which came out of this three months and 29 countries jaunt and how he became older and wiser – mostly older – from his time spent pedalling along the old Cold War divide.