There’s an intriguing weekend of music and more in store at the ECM Weekend at Triskel Christchurch in Cork this coming Friday to Sunday. There’s a performance by Anna Maria Friman, John Potter, Ariel Abramovich and Jacob Heringman of lute songs written by John Paul Jones, Sting and Tony Banks as well as an appearance from Quercus with June Tabor, Iain Ballamy and Huw Warren. 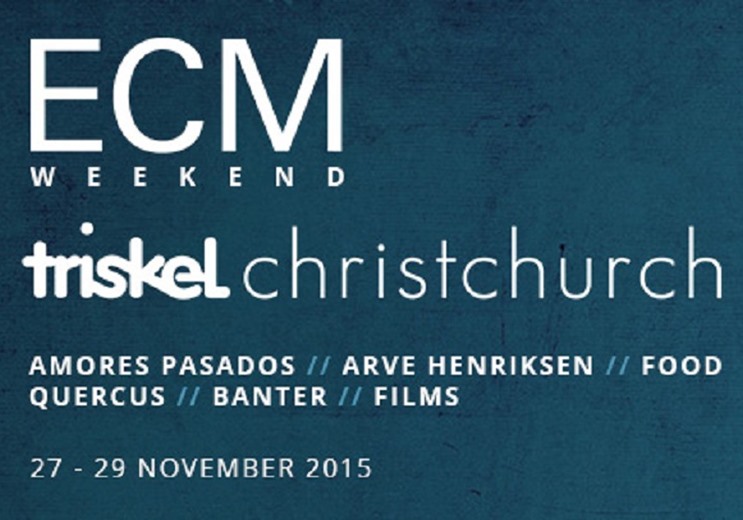 There will also be screenings (including Sounds and Silence, which follows ECM label founder Manfred Eicher through recording studios, concerts, back rooms and asides while encountering Arvo Pärt, Jan Garbarek, Eleni Karaindrou, Anouar Brahem, Marilyn Mazur and others, and Arrows Into Infinity, Dorothy Darr and Jeffery Morse’s profile of Charles Lloyd) and a festival club.

Banter’s involvement with the weekend takes the form of a discussion about musical communities and connections. When Manfred Eicher set up ECM Records in Munich in the late 1960s, he established a connection between the records which represented his label and a worldwide clan of music fans who gravitated towards those releases. Whether it was the sound or the vision of those striking, idiosyncratic ECM releases, a connection was established and a reputation began to grow.

While much has changed since ECM’s early days, cultural connections, those bonds between those who make and produce and embellish and sell the music and those who fall in love with those creations, remain a invaluable albeit often intangible element. As part of the ECM Weekend, we’re joined by musician John Potter, composer Linda Buckley, Ergodos record label director Benedict Schlepper-Connolly and the Triskel’s artistic director Tony Sheehan to discuss the cultural connections which ensue when someone with a vision decides to act on that.

This discussion will take place at the Triskel Christchurch on Sunday November 29 at 2.30pm and tickets are available here.