Johann Hari joins us at Banter on Tuesday January 23 to talk about his new book and other matters. Lost Connections: Uncovering the Real Causes of Depression—and the Unexpected Solution is about a subject matter which affects many people in Ireland and around the world. 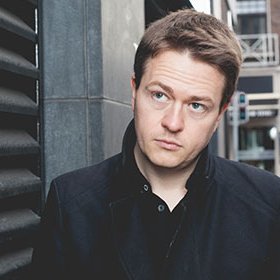 Indeed, the author himself has suffered from depression since he was a child. He was told by doctors that his problems were caused by a chemical imbalance in his brain and started taking chemical antidepressants at 18. Yet, like so many others, he remained depressed. The proportion of people on antidepressants who continue to be depressed is found to be between 65 and 80 percent.

Hari thought he was unusual for remaining depressed while taking a chemical treatment – but it turned out he was typical. Using his training as a social scientist at Cambridge University, Hari began to investigate the causes of depression and anxiety – and discovered the cutting edge science that shows there is strong evidence they are not caused by a spontaneous chemical imbalance in our brains. 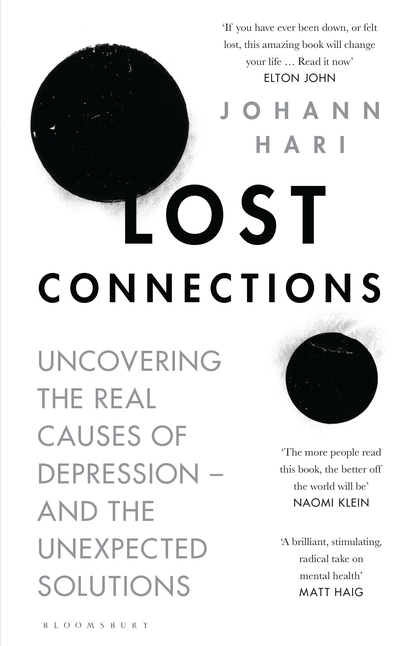 Lost Connections: Uncovering the Real Causes of Depression—and the Unexpected Solutions is the story of Hari’s three-year journey into this evidence, and gives rise to a radically new way of thinking about depression. It is based on three years of detailed research covering over 30,000 miles. Hari conducted over 200 interviews, ranging from the world’s leading scientists, to an Amish village, to an uprising in Berlin, to a series of remarkable experiments in Baltimore. Using vivid human stories and the best social science, he explains the evidence for seven crucial changes that are making us depressed and anxious, along with two biological causes that interact with them.

Hari is the New York Times bestselling author of Chasing the Scream, which is currently being made into a Hollywood film. Since he stopped being a columnist for the Independent in 2011, he has written for the New York Times, the Los Angeles Times, the Guardian, Le Monde, the Spectator, Politico, Salon and many others.

The details: Banter’s conversation with Johann Hari takes place at The Workman’s Club (Wellington Quay, Dublin 2) on Tuesday January 23. Doors open at 6pm, the event begins at 6.30pm and will include an audience Q&A and book signing. Tickets are now available here.