We really should be playing “The Town I Loved So Well” at this juncture. Banter travels the rocky road to Derry next weekend for our third outing in the city in the last 12 months and our second visit with Other Voices.

It’s actually our fifth hook-up with the good folks at Other Voices in all – we’ve already been with them in Dingle, Derry, London and Dingle again – and it’s mighty good to be able to bring the Banter show on the road like this every couple of months.

We have an action-packed line-up of guests for Derry and here we go with the day-by-day line-up and venue details. Admission to all Banter at Other Voices events is free, but capacity is limited so it’s first come, first served. We’ll also be raffling tickets for the main Other Voices’ concert at our events Saturday and Sunday so if you’re after a ticket, we may be able to help.

Annie Mac – the BBC Radio One queenpin joins us for a chat about life on the radio. She’ll be playing a late-night gig at Sandino’s but before she brings the rave, Annie will be talking about this, that and the other.

Conor Masterson – the director of In the Deep Shade, the acclaimed documentary on Irish musicians The Frames, on his relationship with the band and catching the skin and bones of the band’s 20 year-plus career on the big screen. Conor’s film will be screening at The Nerve Centre at 5.30pm as part of the OneTwoOneTwo music documentary festival’s trip to Other Voices.

The Love/Hate Story – it’s been one of the biggest Irish TV hits of recent years and as we prepare for the fifth season, director David Caffrey joins us for the ballad of Nidge, John Boy, Fran, Tommy, Siobhan, Trish and Elmo

Michael Hann on the art of the interview – what does it take to get a great interview out of someone? Is there anything that can be done to save an interview when it goes off the tracks? Should some interviewees be told in advance that they can always say no? Is Noel Gallagher really the best value interviewee in rock? Michael Hann, The Guardian’s music editor and a man who knows his way around good and bad interviews, talks about what happens when you press record

Musical performances on the day from Colm Mac Con Iomaire and Eve Murtagh.

Lloyd Bradley – a highly-regarded British writer on black music from funk to reggae, Lloyd is the author of the compelling history of reggae “Bass Culture” and, more recently, the compelling “Sounds Like London”, a book at looks at how immigrants have shaped black music in the city over the last 100 years.

Paul Duane – the film-maker behind hit TV series Amber and such fantastic dodcumentaries as Barbaric Genius (on London-Irish writer John Healy), Natan (profiling revolutionary Franco-Romanian director Bernard Natan) and Very Extremely Dangerous (focusing on musician, robber, cancer patient and all-round badass Jerry McGill) talks about his work to date – and life after getting listed by Variety magazine as one of their 10 Directors to Watch in 2014

We will also have a live set from Sive today.

Martin Hayes – we bring our weekend of Banter to a close with a conversation with the master fiddler from Feakle, Co Clare and a founder member of The Gloaming, a group who are proving to be one of the greatest Irish acts of their generation. Banter’s conversation with Martin Hayes will precede of a screening of the Moment to Moment documentary on The Gloaming as part of OneTwoOneTwo at Other Voices. 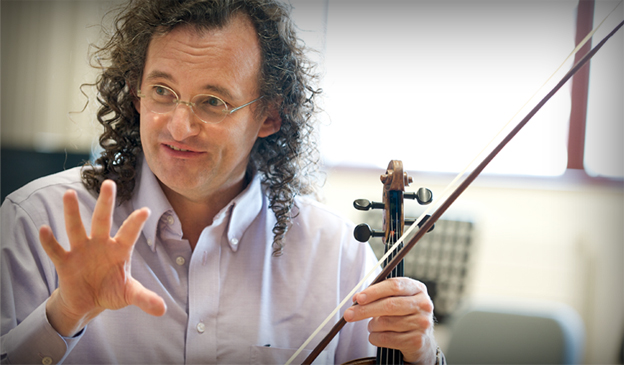 Full information on all Other Voices’ activities in Derry over the weekend, from the performances in the Glassworks and such new initiatives as Local Voices and Outer Voices to the music trail to OneTwoOneTwo, here.