One of the big Irish stories of 2015 is set to be the marriage equality referendum, due to be held sometime in the coming months. It’s another indicator of the huge social change which has occured in Ireland in recent years.

Written by Una Mullally and published by The History Press, In the Name of Love is a new oral history which traces the history of the movement for marriage equality in Ireland narrated by those who took a stand, including politicians, activists, artists, drag queens, lobbyists, feminists and those who rocked the boat.

From the dawn of Irish LGBT activism to an organised protest movement, from the legislative battles fought to the personal stories that paved the way for visibility, In the Name Of Love is the story of how we got from the decriminalising of homosexuality 22 years ago to today’s new brave world. 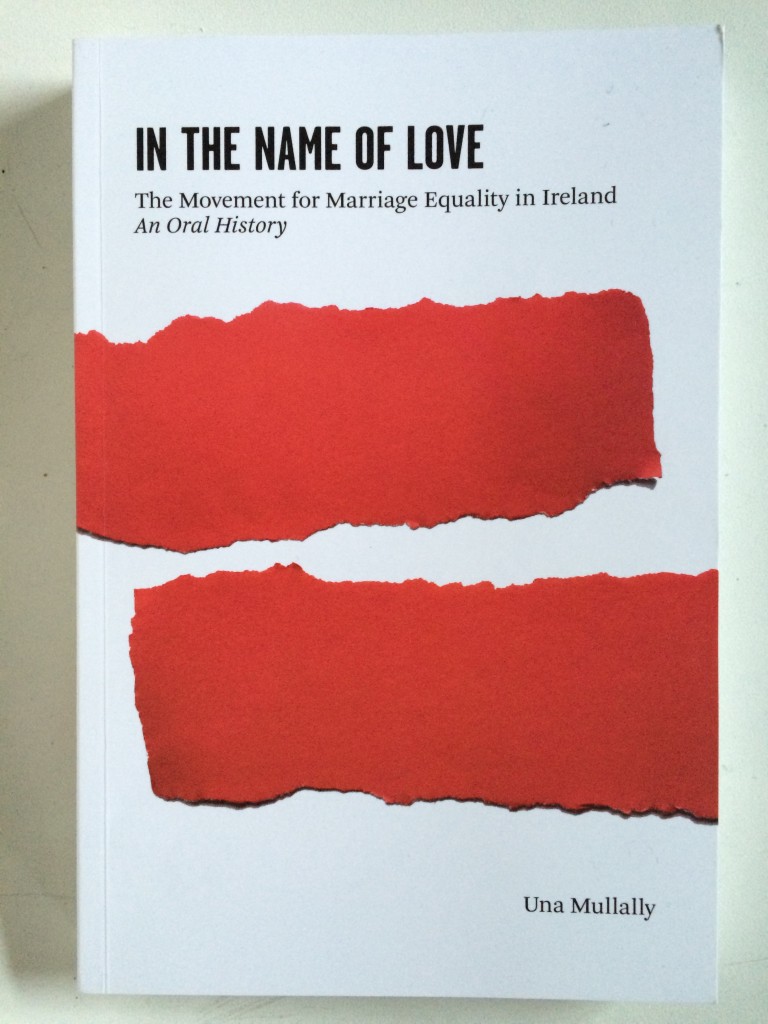 On Wednesday December 10, some of those who contributed to the book will join us at Banter to talk at length about the story so far, what’s to be learned from the various victories and setbacks so far in the path to marriage equality and what lies ahead in the referendum campaign in 2015.

The panel: Ailbhe Smyth, John Lyons TD, Tonie Walsh and the book’s author Una Mullally. The discussion will be chaired by Banter producer Jim Carroll, there will be an audience Q&A afterwards and the book will also be on sale.