The format is simple: we invite a panel of news makers and news observers to talk about the stories of the last 12 months which have resonated with them.

As is always the case, we have an action-packed selection of stories to go through with our guests. We go high and we go low, we remember stuff which happened home and away, we remind you of the stories which made us all go “ooooh” (or “uuuuugh”). We also throw in some names who made headlines that everyone has totally forgotten about a few months later.

The details: the Banter Review of the Year takes place at The Liquor Rooms (and big thanks to Beibhinn and her team for putting up with us for another year) on Tuesday December 11. Doors open at 6pm and we get the review underway at 6.30pm-ish. Tickets are available here and all proceeds will go to Threshold. 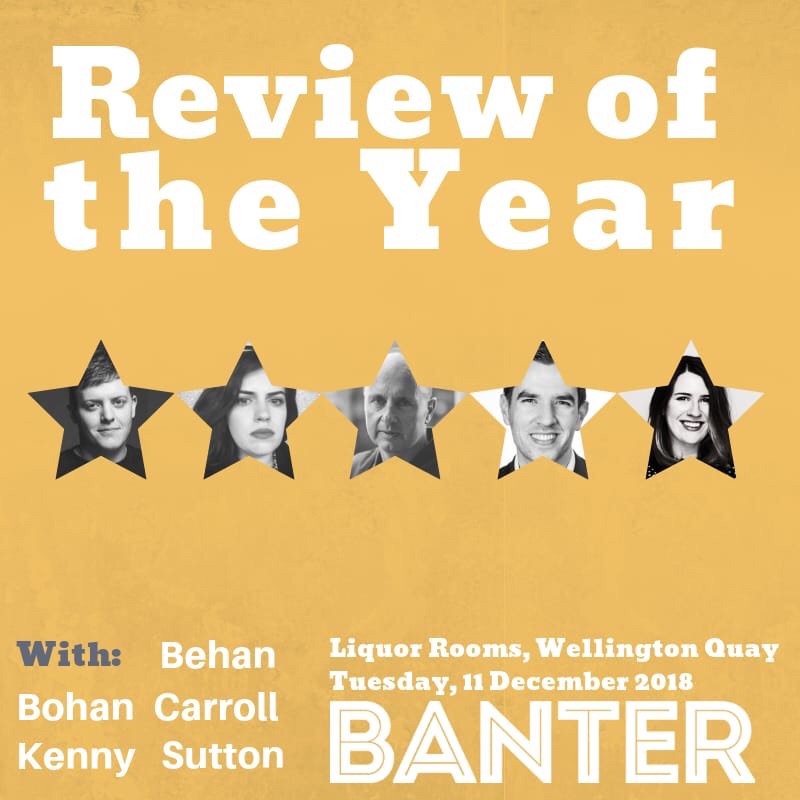