What’s your best gig you’ve ever seen? That’s a question which stops most music fans in their tracks and sets off some great memories, fierce discussions and occasionally some rowdy disagreements.

It was also the starting point for a new book from Dublin’s punk rock and DIY scene activists Hope Collective. Editors Niall McGuirk and Michael Murphy asked a bunch of people to write about their favourite live shows and the returns were collated into a just published book entitled In Concert: Favourite Gigs of Ireland’s Music Community. 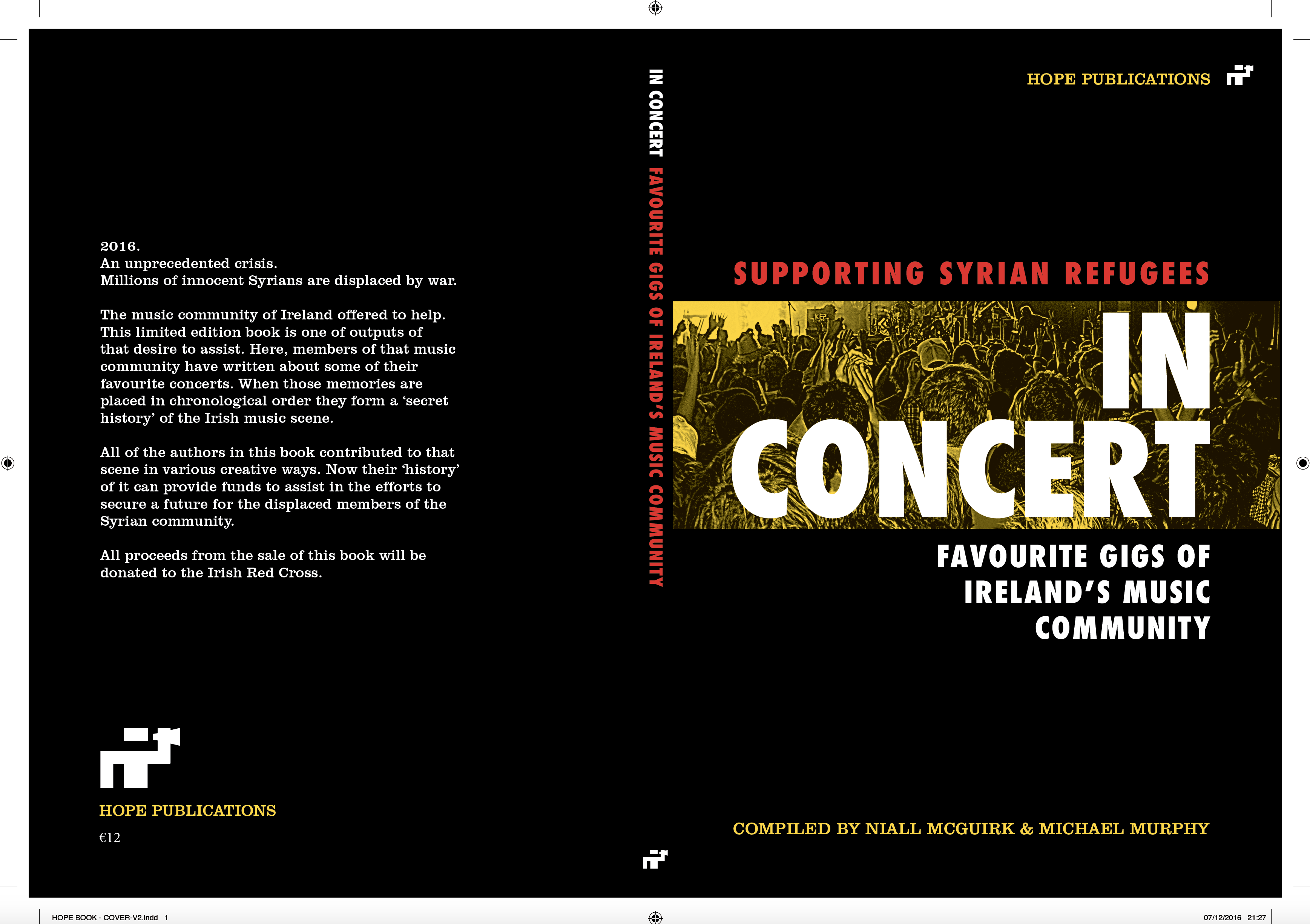 On Tuesday February 21, Niall, Michael and a number of those who’ve contributed to the book (see below) – plus some special guests – will join us at Banter to talk about the book, the notion of favourite gigs and read their selections as well. Audience contributions welcome too.

Banter on In Concert will take place at Wigam (Middle Abbey Street, Dublin 1) on Tuesday February 21. Doors open at 6pm and the event will kick off at 6.30pm. Tickets can be booked here and, like the book, all proceeds will go to the Irish Red Cross’ Syria Appeal. More information on the book here and copies will be on sale on the night.